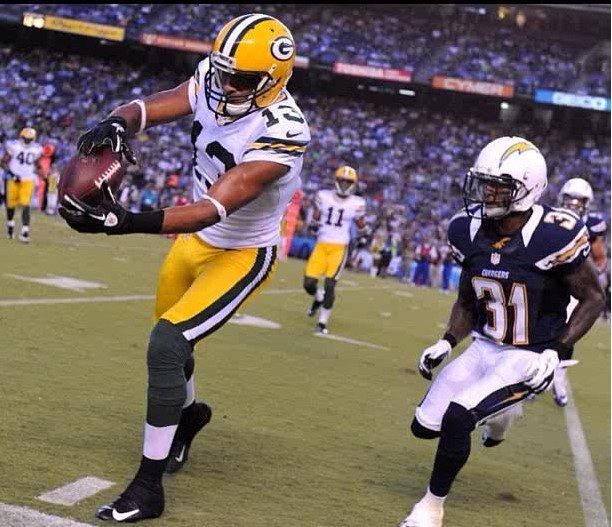 After witnessing the amazing results that my teammate Payton Tivis received by using the Pure Harmony Pendant, I wanted to meet with Robert to see if I could also receive similar results with my overall performance levels.

I can’t even to begin to explain all the benefits I received from the Pure Harmony Pendant! A year ago at this time, I was a decent athlete but through training and the use of the Pure Harmony Pendant I turned in one of the top pro day performances in the country, and I have now signed with the world champion Green Bay Packers! What’s even more amazing is that I only played 1 year of college football which was actually a last minute decision!!!

I truly felt that the Pure Harmony Pendant and the new prototype Sports Pendant made a major impact on my pro day performances including my 40-yard dash, 3 cone, vertical, shuttle, and also with my route running!

Only two days after using the new prototype Sports Pendant, I dropped my previous 40 time by .07 of a second, helping me to run a 4.45. That very same day I shattered my previous 3 cone time by running a 6.31. My agent told me he had not even heard of a football player running that fast of a 3 cone time. Two weeks later with a little added harmonizing work from Robert I ran a 4.43 and a 4.41, 40 yard dash.  I felt that the Pendants were very instrumental in helping me to achieve these extremely fast times!!!

The Pendants have always provided me amazing quick recovery from a number of small injuries and have kept me “dialed in” and performing at my very highest and best at all times!!!!

Thanks Robert for all your help! 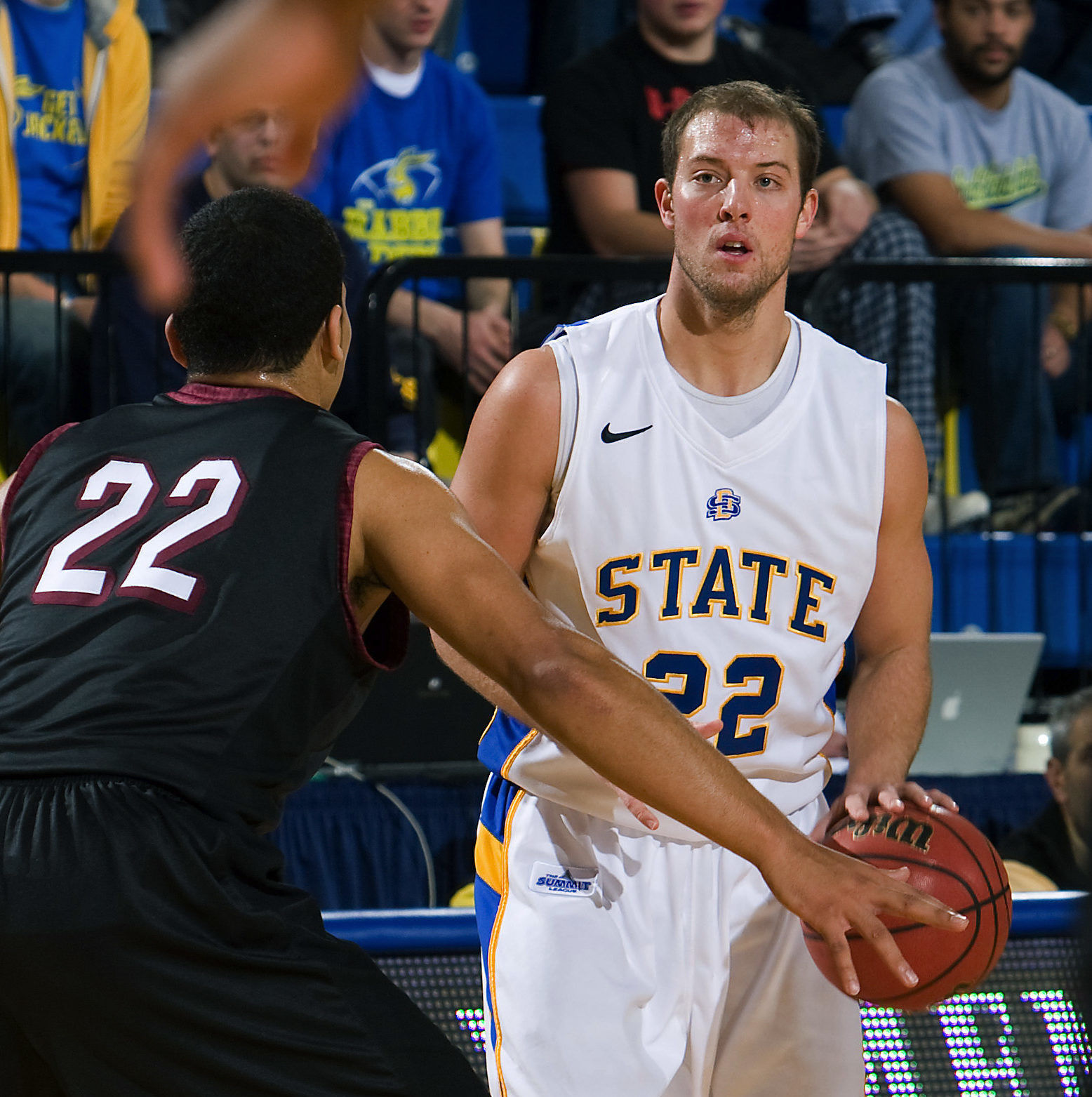 I have been working with Robert since November 2010 on just trying to achieve a better overall health.  At this point, I was in the heart of my Division 1 basketball season.  As you can imagine, the season is long and grueling from the practices, games, traveling, weight training, and also keeping up with all of the schoolwork.  It was starting to wear on me, both mentally and physically, but it changed after starting my “harmonizing” experience.

Robert started to clear my imbalances and disharmonies, which included food allergies and mental and physical traumas.  After a lifetime of playing sports and putting my body through many physical demands, much work was to be done.  Both of my shoulders were very bad, as I could have had surgery on them, but decided to get through the pain until after the season was over so I wouldn’t have to miss any time.  I also had sprained ankles and knees that always were a bother.  Constant work all season of being “harmonized” made me feel great and all of these injuries didn’t affect me.  All of this work was without the Pure Harmony Pendant, which I started a month ago.  I thought it was amazing what happened before that point, but that all changed.

After getting “harmonized” with the pendant, I started seeing changes and gains that I used to only dream about.  I sprained my ankle worse than I have ever done, during the last week of the season.  This normally would have taken me at least a couple weeks to recover from and even then, I would still feel it affect me.  I was back in ONE week after wearing the Pendant and placing it directly on the injury.  I played in a tournament that same weekend I came back from the injury and played six games in three days.  My team won the tournament and I actually had my best game during the 6th game, the championship, where I scored 26 points and just ran by my opponents and even my teammates after they were drained from the previous five games.

My endurance and speed is unreal now, but the biggest gains I have enjoyed have been my strength in the weight room.  I have increased in every one of my lifts and doing amounts that I never thought I could even hold.  I have stayed at the same body weight, but have decreased in body fat, so much that it is hard to believe it is the same me in the mirror when I see all the lean, tight muscle.  The recovery time is amazing, as the next day it doesn’t even feel if I previously worked out.  It has also sped up my metabolism.

The mental state that I stay at since I’ve been “harmonized” is so positive and I do not let anything bring me down.  I cannot even be around negative atmospheres anymore.  The results from being “harmonized” by the Pure Harmony Pendant are truly incredible and I would recommend this to everyone.  I am so thankful I came across this and will continue to use it the rest of my life! 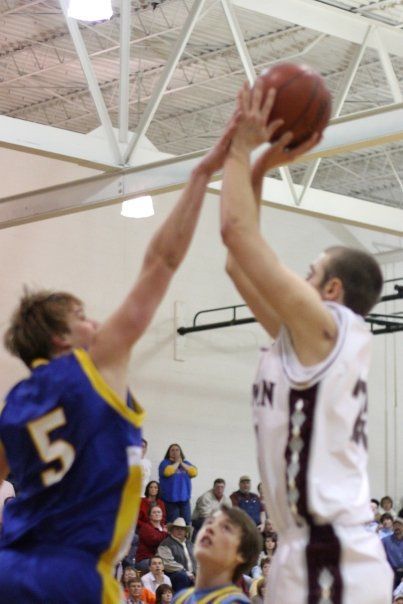 After working with Robert and the Pure Harmony Pendent, I immediately saw results. My food allergy to dairy products ended as soon as I put the pendant on. Before I would never drink milk and rarely eat eggs.  Now, I drink milk just about every day.

Also around spring time I normally become severely affected by a Seasonal Allergy’s.  I normally suffer from headaches and normally I have a weak immune system. But this spring I feel wonderful, it is honestly the best I have ever felt. The Pure Harmony Pendent really has changed my life!

As a former College Basketball Player, I suffered from some common injuries: Ankle Problems, Torn Meniscus, bad shoulder, Osgood Schlatters disease in both knees. But within the last month of using the pendant, I can now DUNK with ease. My ankles and knee’s feel like they use to in High School. The pendant truly helps with everything! In the past, I’ve always had shoulder problems, and I just recently put up 75 dumbbells for above head shoulder press. My recovery time and performance during lifting have also improved tremendously. 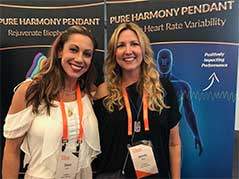 Before I was harmonized I could only do a mile tops on the elliptical, but after I was harmonized,  within one week I went from one mile on the elliptical up to four to five miles without stopping.  I used to have back problems when I was younger and still now, as well as stiffness, but it has changed since I was harmonized.  Robert even said that I had the worst back alignment he has seen recently and nerve damage, but that changed now.  Also, I was introduced to a hidden food allergy to wheat, so I also used a herbal cleansing system to help clear my digestive system and increase my metabolism.  My performance is great now, but like they say things will get worse before they get better. 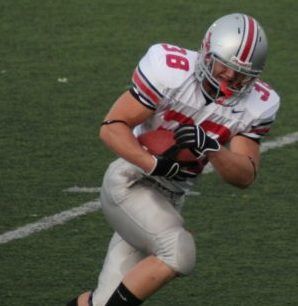 I saw the results that my buddy Brett Delany had gotten after being harmonized and I wanted to give it a try.  Brett and I went to high school together and are good friends, and I have never seen Brett so lean and so strong.  Brett’s transformation within just a few weeks was incredible. I found that I had a hidden allergy to dairy, much like Brett.  I was also having neck, mid back and hip issues.   I got harmonized and got my food allergies cleared and I immediately got relief from my aches and tightness.  Within 1 month I went from 195 lbs to 187 lbs at 8% body fat.  I didn’t do anything different with my workouts or diet either.  My overall workload in my weight training has increased dramatically at the same time. I am doing more weight and more reps.  Before getting harmonized I was usually knocking out 1 rep at 315 lbs at the end of my bench press set.  I am now doing 4 reps for 315 lbs fairly easily.  I am getting leaner and stronger every week.   Too cool!